Neues SNF-Projekt: Improving the visibility of Equatorial Guinea as a Spanish-speaking country 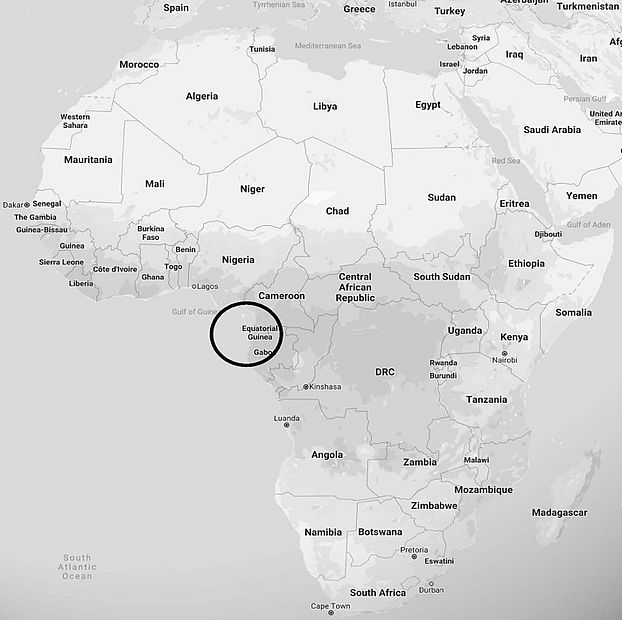 Equatorial Guinea presents an exceptional research field within the studies of the Spanish language. Geographically located in southern Africa, on the equator, in the Gulf of Guinea, it is today the only Hispanophone country in Africa (except for the politically sensitive case of Western Sahara) and thus offers a completely unique view of the world language Spanish, complementary to Europe and America.

Background: Equatorial Guinea presents an exceptional research field within the studies of the Spanish language. Geographically located in southern Africa, on the equator, in the Gulf of Guinea (see Map 1), it is today the only Hispanophone country in Africa (except for the politically sensitive case of Western Sahara) and thus offers a completely unique view of the world language Spanish, complementary to Europe and America. Despite this outstanding position, Equatorial Guinea still occupies a marginal status in studies on the dialectology, history, sociolinguistics and language contacts of Spanish. Although some important authors in the field of Spanish linguistics, such as De Granda, Quilis, Casado-Fresnillo or Lipski, have dedicated part of their work to Equatorial Guinea, modern publications are rare, which is why knowledge of the Equatoguinean variety of Spanish is still fragmentary. Its invisibility in studies about Spanish is intensified by a widespread lack of knowledge and consciousness about this only Hispanophone country in southern Africa and a still dominantly European view on African realities based on (post)colonial stereotypes, evaluations and hierarchizations. In fact, the general knowledge about Equatorial Guinea within the Spanish-speaking world is very incomplete, which is particularly surprising in the case of Spain, since Equatorial Guinea only gained its independence from Spain just over 50 years ago (1968).

Overall aim of the project: The proposed research project aims at filling the existing research gap about Equatorial Guinea and at improving its visibility as part of the global Hispanophone world. Modern research data will be provided and critical questions answered, to show its relevance for Hispanic studies and to overcome traditional images about Equatorial Guinea and its Spanish, often perceived as a “peripheric”, “incomplete”, “incorrect”, “exceptional” or “non-standard” variety. The proposed project is divided into two complementary subprojects.

Objectives, methods and expected results: The main part of this research project focuses on dialectological and sociolinguistic data collection in Equatorial Guinea (both on the island of Bioko and on mainland Río Muni, (see Map 2). Its main objective is to generate modern dialectological and sociolinguistic descriptions of Spanish in Equatorial Guinea through the collection and analysis of sociolinguistic guideline interviews and linguistic tests and questionnaires. The interview transcripts will constitute the first modern and digital corpus of spoken Equatoguinean Spanish. Sociolinguistic analyses on language perception, attitudes and ideologies will be possible; and the digital analyses of specific linguistic features combined with the results from the tests and questionnaires will allow to elaborate modern dialectological descriptions on different linguistic levels. Classical summaries about Equatoguinean Spanish in linguistic manuals can be revised and completed, and an answer can be given to the important question about the internal (diatopic, diastratic, diaphasic, ethnic) homogeneity or diversity of Equatoguinean Spanish. Furthermore, this Equatoguinean corpus can be compared with existing interviews with Equatoguineans in Madrid, Spain (habilitation project S. Schlumpf-Thurnherr).

Impact: The proposed project offers multiple and diverse views on Equatorial Guinea, raises awareness about its importance within the linguistic research community and in Equatorial Guinea itself, and contributes considerably to the knowledge about and the visibilization of this unique Hispanophone country in Africa.